Why the new California is in Portugal

Americans are moving to Portugal in force. The country offers them a second chance to live the Californian good life of another era.

Portugal has become the country of choice for Americans, who seek out cities like Porto and the Algarve in search of reinvention and rejuvenation. The "Los Angeles Magazine" dedicated a long report to the subject, seeking to explain how a country that was once at war with Spain and that later lived a long period of historical irrelevance, ended up becoming one of the largest destinations of luxury and glamour, where most investors want to buy a house, bet on a startup, and start living truly with quality. American demand for real estate in Portugal has increased by 33%. LUXIMOS Christies International Real Estate had also noted this from its own experience, as the company's CEO, Ricardo Costa, mentioned here.

The Californian Culture and Lifestyle magazine immediately highlights five reasons: the cost of living is less than half that of California, a dinner for two can cost around 25 euros, a good wine bought in the supermarket is cheaper than bottled water bought in an American grocer's, the management of the covid-19 pandemic was exemplary (the country boasts an 89% vaccination rate, the highest in the world) and the feeling of insecurity is completely absent from the daily lives of the Portuguese. According to the Global Peace Index 2021 report, which monitors 163 nations, Portugal is the fourth safest country in the world, surpassed only by Iceland, New Zealand and Denmark.

The world has seen a number of examples of public figures who have surrendered to the country of sun and hospitality: Madonna swapped the United Kingdom for Portugal in 2017, actress Scarlett Johansson bought a flat in the capital, actor and German pilot Michael Fassbender opted for a property with a river view. Fellow actor John Malkovich followed in his footsteps and was so impressed that he published a video on the internet describing the setting as follows: "A feast for the eyes. The architecture and the variety of houses, the colors, the landscape.... great culture, great people, great food".

The list of celebrities begins to be impossible to mention in its entirety. The British, the Brazilians, the French, the Italians and the Chinese had long since discovered this small piece of paradise in Southern Europe, located on the Iberian Peninsula and bathed by the Atlantic Ocean. But now it is definitely the turn of Americans to fall in love with this vibrant and multicultural country, which pulsates with cosmopolitanism and is, in essence, characterised by its countless beaches, golf resorts, award-winning gastronomy and extensive historical and cultural heritage. In Portugal, as "Los Angeles" underlines, tradition merges with design, the pavements blend with a certain modernity and life is lived communally: "it's possible to socialise with friends until four in the morning on a Thursday night. And repeat it on Friday." In Portugal, nobody is ever alone.

Once considered the cheapest European holiday destination, Portugal now leads the ranking of Europe's main tourist stopovers for a number of years and more than that: those who come once want to stay forever. The people from the art world who continue to arrive with bags and baggage represent just a small sample of the great paradigm shift. Young entrepreneurs help to demonstrate this: the Web Summit, Europe's largest conference on technology, which will be held in Portugal until 2028, introduced the country to thousands of people under 25 who now, like people over 65, don't want to leave either. 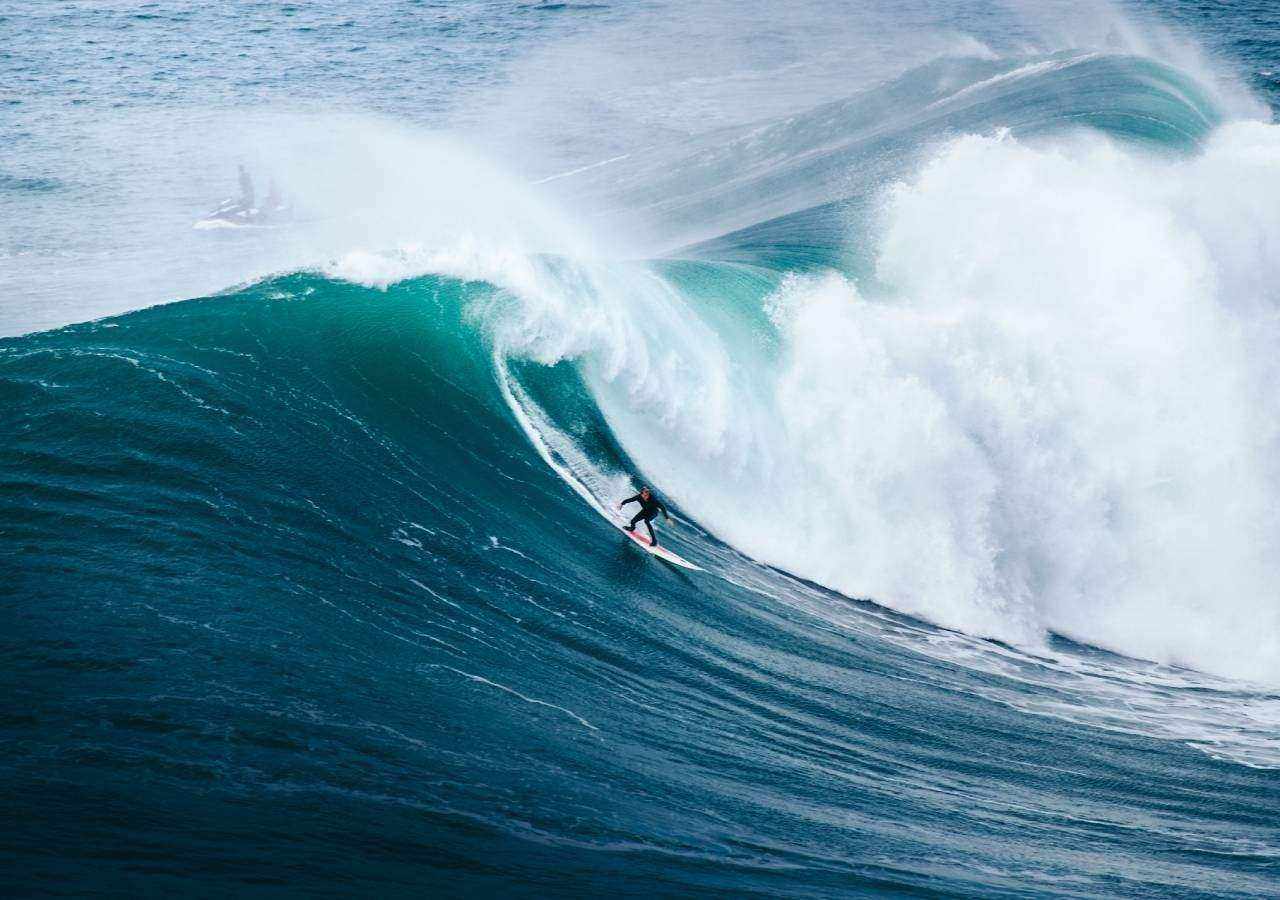 If it's true that in many ways Portugal and California seem like twins - the bridges, the plants, the hills, the surf, the climate -, it's also true that in Portugal, due to the scale, everything exists in a more moderate and, therefore, more comfortable way. Perhaps with the exception of surfing: the waves are world class and there are those who already prefer holding championships and trying to beat records in Portugal to the detriment of other beaches in the world. The pandemic has further heightened Americans' fascination with Portugal, as the work system now gives them the chance to develop their professions from a distance. There are those who have left California for San Diego, but there are also those who have sought the warmth of Vilamoura and the comfort of a city with little more than 200 thousand inhabitants, such as Porto with its banks framed by the Douro River, in fact voted one of the best cities in the world for teleworking. Once again, the prices charged in the real estate market are not indifferent. The quality/price ratio in Portugal is considered unbeatable.

Another important factor is fluency in English: Portugal is the seventh best country in the world at speaking English, using it as its second language. The visa program practiced by the Portuguese government is also a huge help, because it makes it easier to hire American workers. In addition, taxes are low, broadband is ubiquitous, direct transatlantic fiber optic cable offers home network speeds averaging one gigabyte per minute. And it's even possible to take advantage of the Portuguese time zone: it's an hour closer to California and New York than the rest of Europe. Most important of all, especially for young people, Los Angeles Magazine adds, the country offers a balance between professional and personal life that Americans are looking for more than ever: "Putting a child in daycare in the USA costs the same as putting him/her through Harvard," criticizes Matt Waite, a 33-year-old financier quoted by the magazine. "In Portugal I feel like I'm in a kind of European Santa Barbara, 30 minutes away from anywhere and with an unmatched cost of living."

The warm welcome, which has always been rooted in Portuguese culture, is the decisive factor pointed out by those who don't hesitate to look back when they decide to move. As the magazine emphasises, "while California continues to try to resolve its existential crisis as a state that most of the population believes to be in decline, Portugal offers a second chance to live the good Californian life of other times. Thus, it is expected that in the coming years thousands of Americans will continue to seek Portugal in search of culture, waves and opportunities to implement their technology companies".