Would you like to see the luxury apartment where Jim Morrison lived? Even the most disruptive performers on stage wanted to acquire luxury properties.

These are some of the planetary singers' houses sold by Christie's.

It is a bit bizarre, but the Père-Lachaise Cemetery is one of the most famous monuments in the world and one of the most visited places in Paris. Many factors contribute to making this work of Napoleon Bonaparte a pole of international attraction, but the greatest incentive results from the number of famous personalities buried there. There are writers (Balzac, Proust), painters (Delacroix, Modigliani), philosophers (Bourdieu, Conte), actors (Marcel Marceau, Maria Schneider), many musicians and even a Portuguese: the Marquis de Soveral, a man from the Douro , who fought all his life for the defence and recognition of Porto at world level.

But it is largely because of the divas of music that Père-Lachaise, built over 200 years ago, would become so popular from the second half of the 20th century. In that enormous precinct - there are 44 hectares drawn in blocks - live planetary and timeless stars like the opera singer Maria Callas (1923-1977), the French chanson singer Édith Piaf (1915-1963) or the one who, not being bigger than them, will drag a legion of fans bigger than the two celebrities together: Jim Morrison (1943-1971), one of the most legendary singers, composers and poets of all time, the iconic Doors vocalist who is part of the unfortunate club of the 27. There are no concrete figures on the reason for the visits to that place (each visitor will have his idol), but it is not hard to believe that a large part is due to the author of "Riders on the storm". Just think of the amount of news published in recent years about fans who invaded that space. It was always the fans of "Mr. Mojo Risin".

If it is not difficult to understand the fascination of visiting the last residence of a hero, it will be easier to understand the rapture that causes the possibility of living in the same house or in the same condominium where the object of our admiration lived. Perhaps we will never think about it too much because it seems too remote a hypothesis. The truth is that the possibility is real. Christie's International Real Estate recently had, in its portfolio of properties to sell, a luxurious apartment that is part of the building in which Jim Morrison lived until his death. 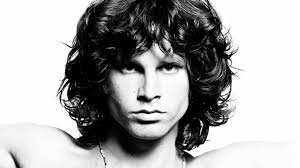 This apartment is part of one of those 19th century buildings commissioned by Georges-Eugène Haussmann, a then challenged mayor - he became known as "the demolishing artist" - but to whom today, despite the controversy of his motivations, we owe the glamorous Paris we know and the exterior embellishment of his houses. Disruptive on stage, Morrison, the rock legend, who would have guessed?, lived after all in the most classic of Parisian residences: Jim lived on the 3rd floor, Christies has just sold the elegant flat downstairs, also full of ornaments on the walls, ceilings and fireplace. Related: 10 Luxury brands to get lost at shopping in Porto

In the footsteps of anarchist artists, on whom we eventually built various effabulations, the libertarian poet and composer Léo Ferré, despite being born and having lived a large part of his life in Monaco, also did not dispense with the acquisition of a house in France. Well, it was not really a house, it was a huge castle built in Lot, in the south of the country. The property of the eccentric artist who worked in Portugal in the 1980s, dating from the 14th century, had over 165 hectares, 17 rooms, 14 bathrooms, a swimming pool, a tennis court, and an extension of vineyards capable of producing four thousand bottles of wine a year. Legend has it that the author of the unmistakable "Avec le Temps" spent all his money on this castle.

Leaving Europe and making a foray into the United States of America, we entered the magnificent estate of the legendary jazz singer, composer and actress Peggy Lee. Who has never heard "Fever" in her voice? The woman who inspired Amy Winehouse lived in Bel Air, near Los Angeles, California, in a huge villa marketed by Christies, which she herself had restored, using artisans from all over the world. The final result of the work includes gardens, pools, water fountains, spa, outdoor kitchen, gymnasium, movie theatre, library, wine cellar, and a number of other extravagances that were due to a woman who until the age of 81 immortalized more themes than any other artist. Until 2002 she added more than 50 years of career, more than 600 recorded songs and multiple nominations for the Oscar and the Grammy. And many awards.

Bob Crew, a magnificent composer, producer and dancer that the world lost in 2014, lived in an elegant villa with panoramic views of the city and the sea. The city was also Los Angeles. The house, which Christies has already sold, has four suites, a lift, a balcony on each of the three floors, a rooftop terrace, a huge garden and two garages. If you're wondering who Bob Crew was, just think of it as a song he's surely sung millions of times: "Can't take my eyes off you". It is, moreover, the song that earned him the privilege, in 1985, of having his star on the walk of fame on Hollywood Boulevard.