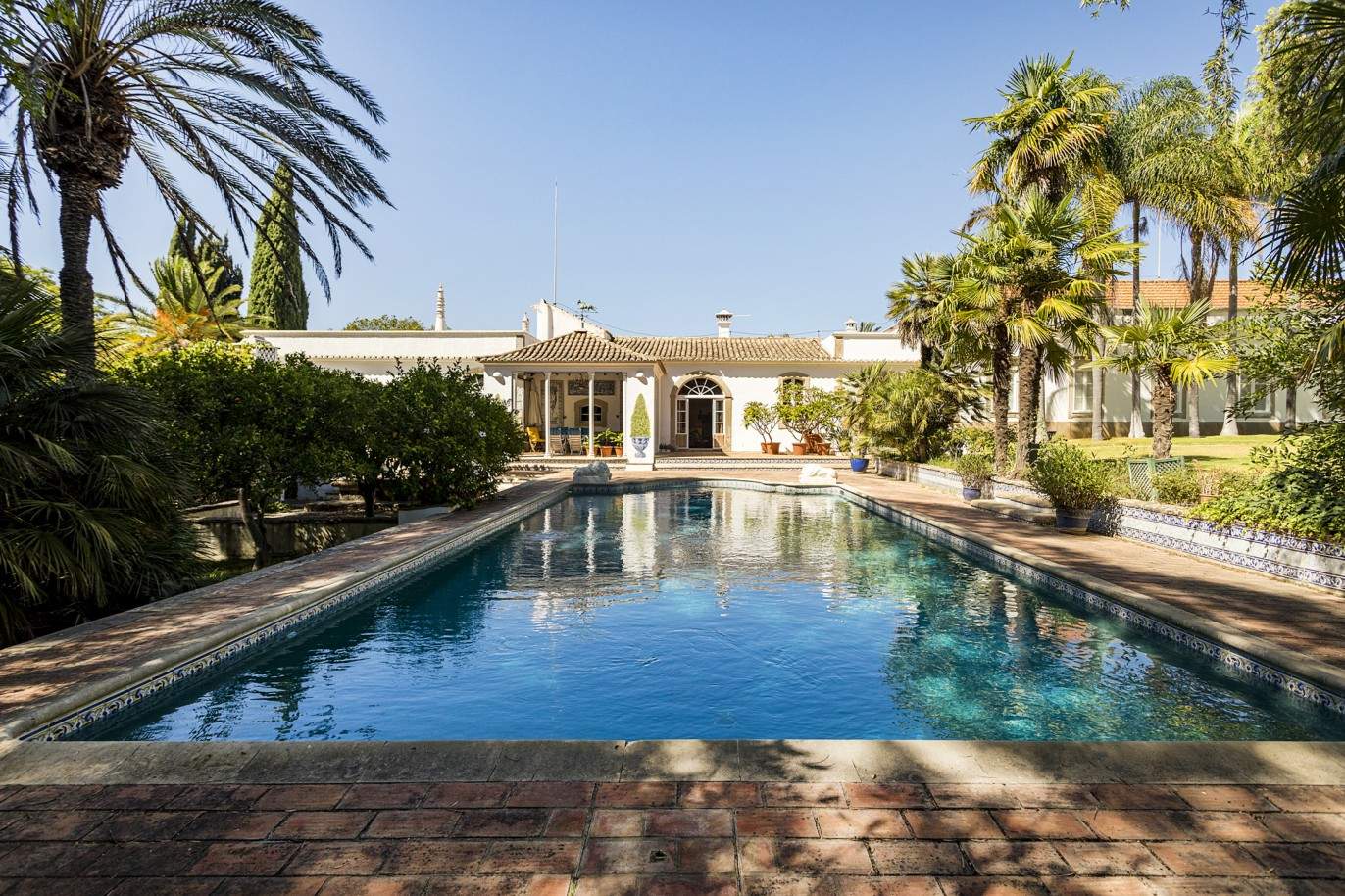 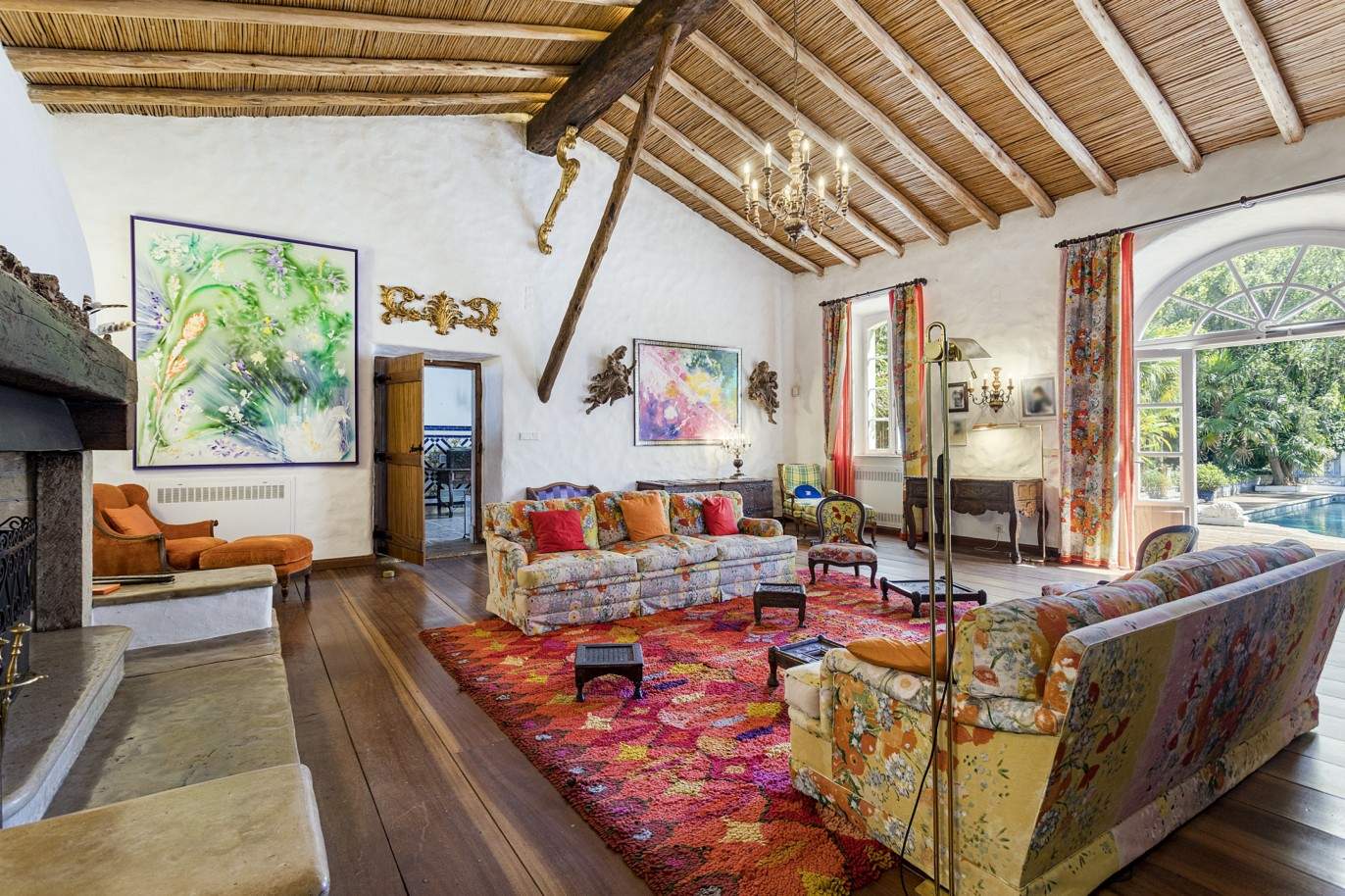 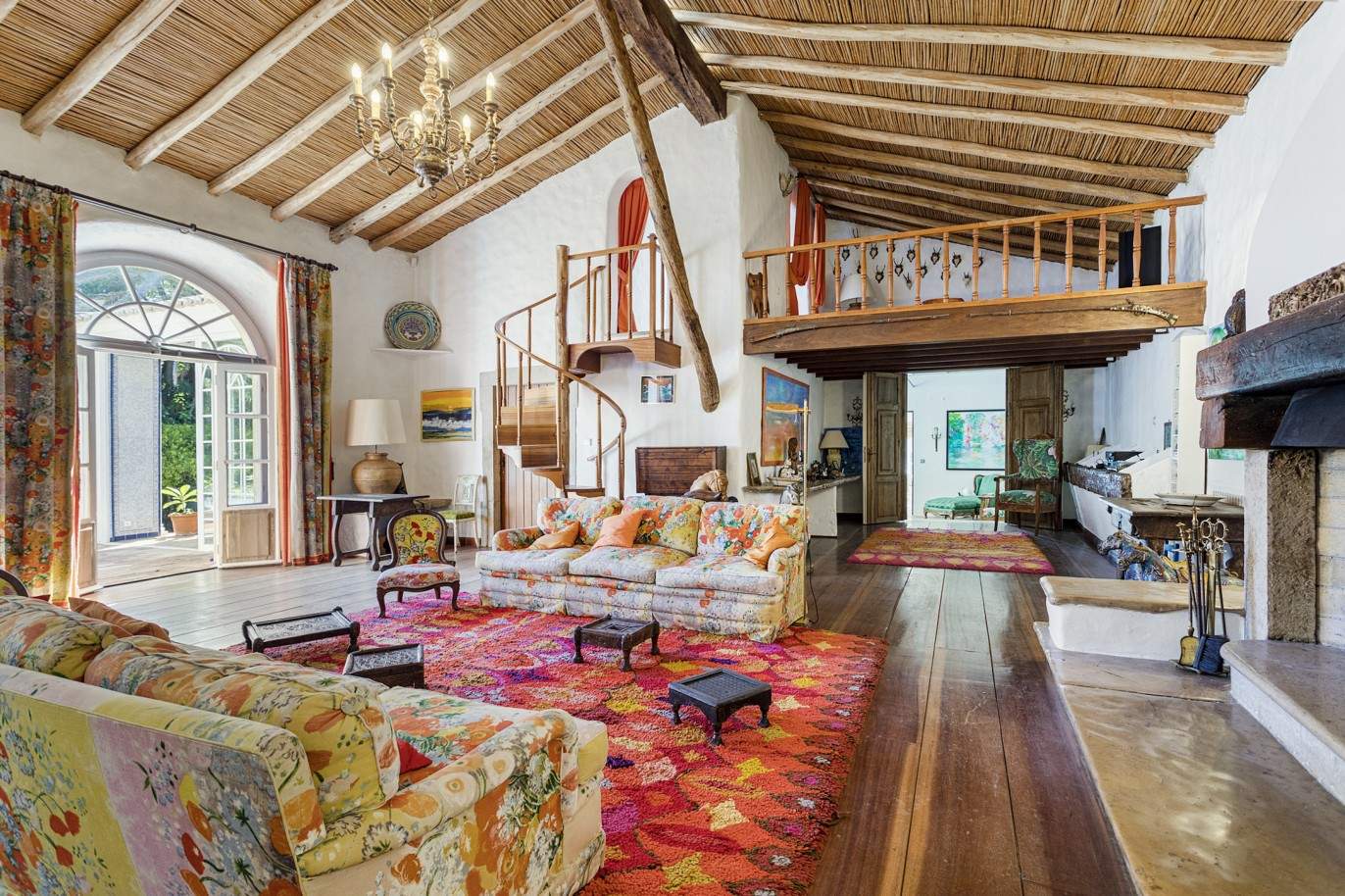 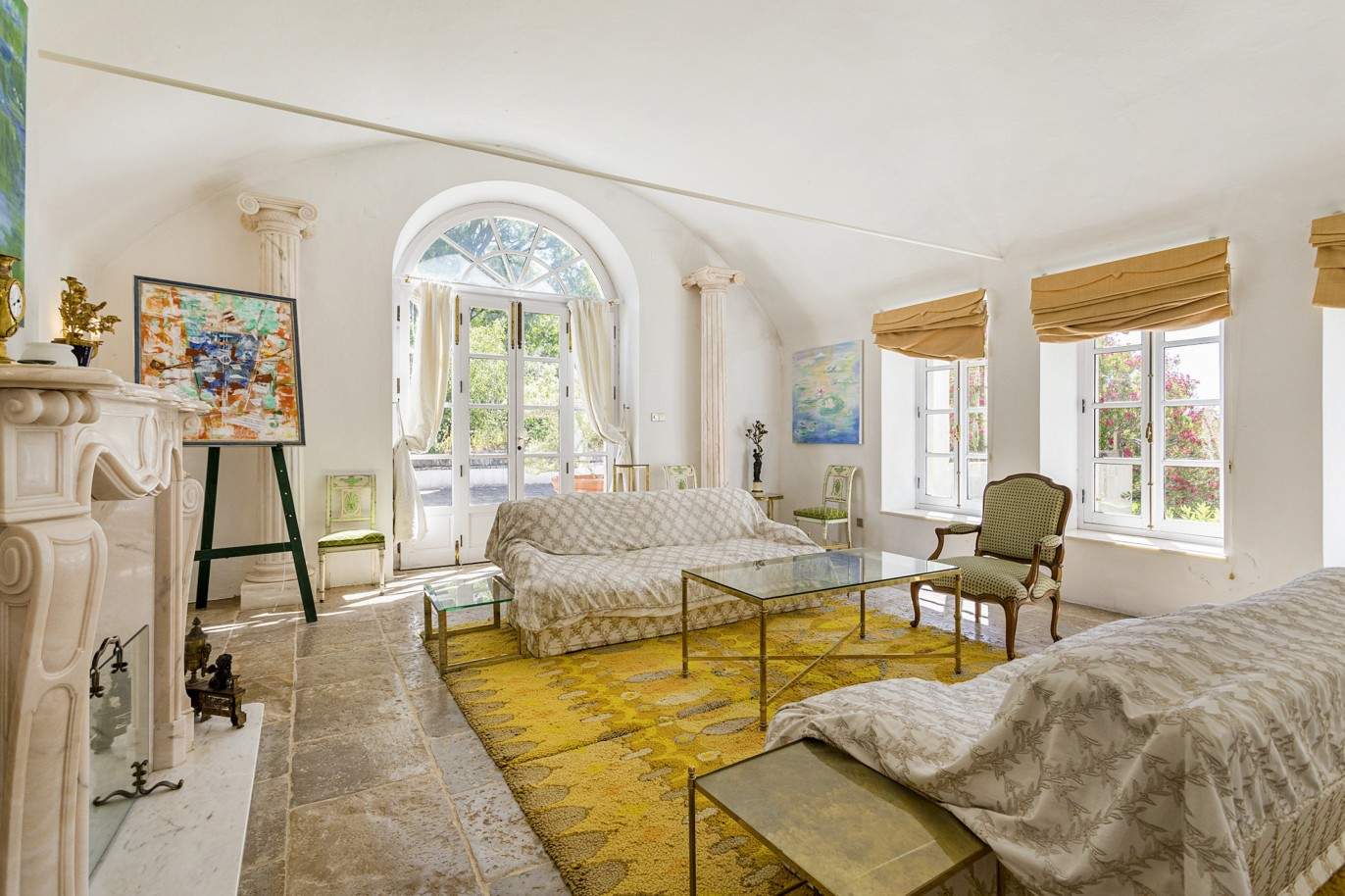 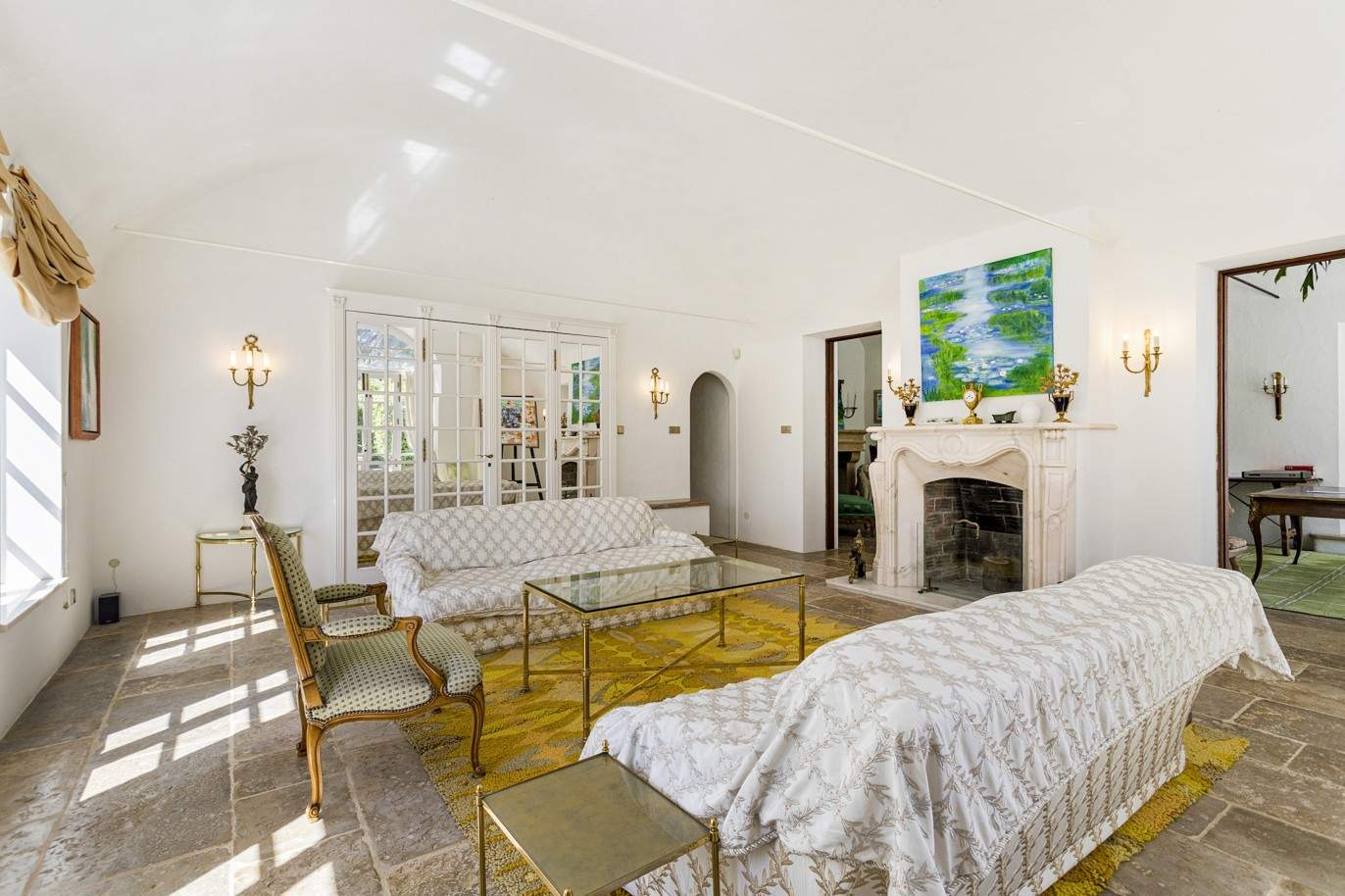 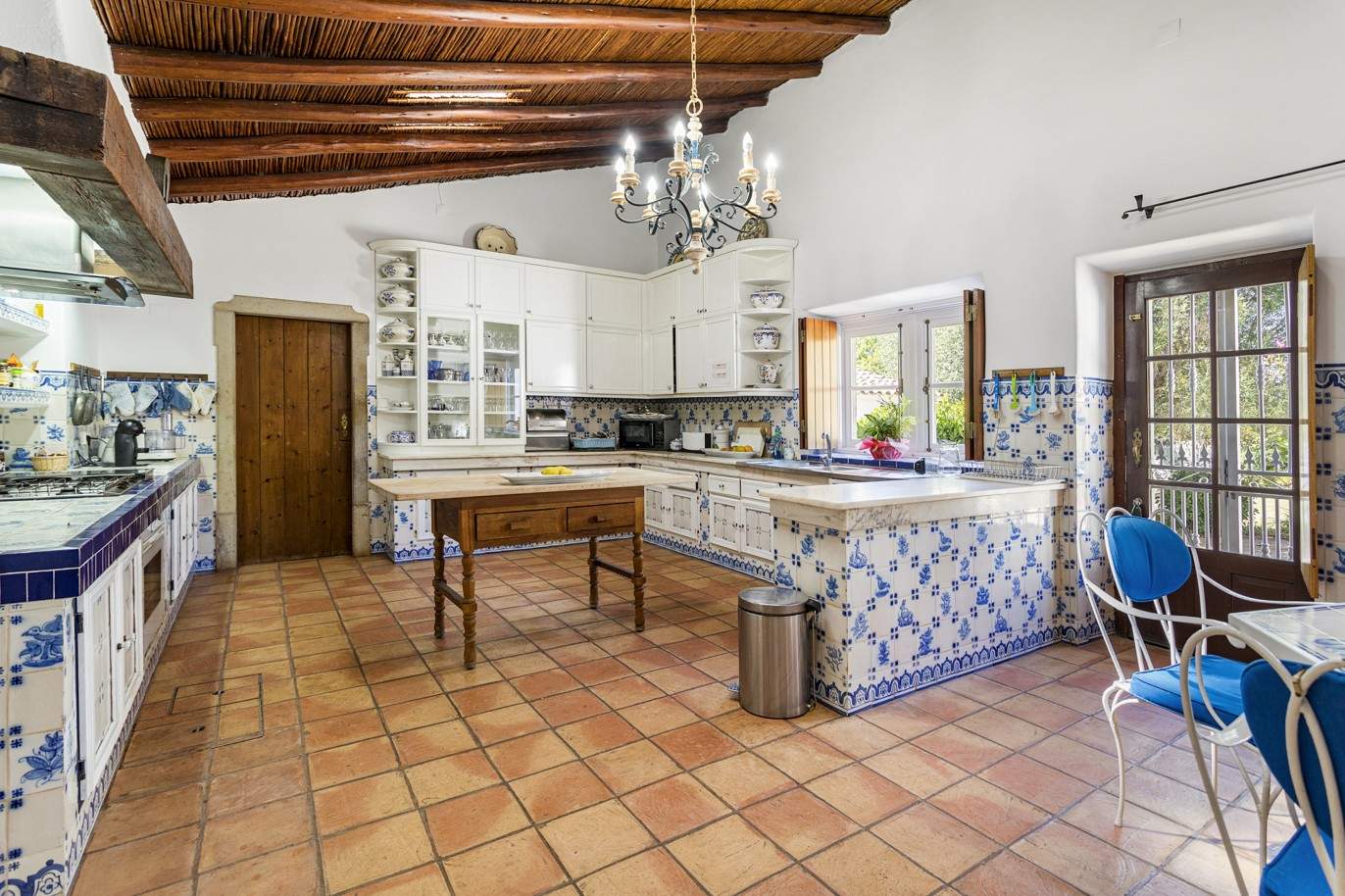 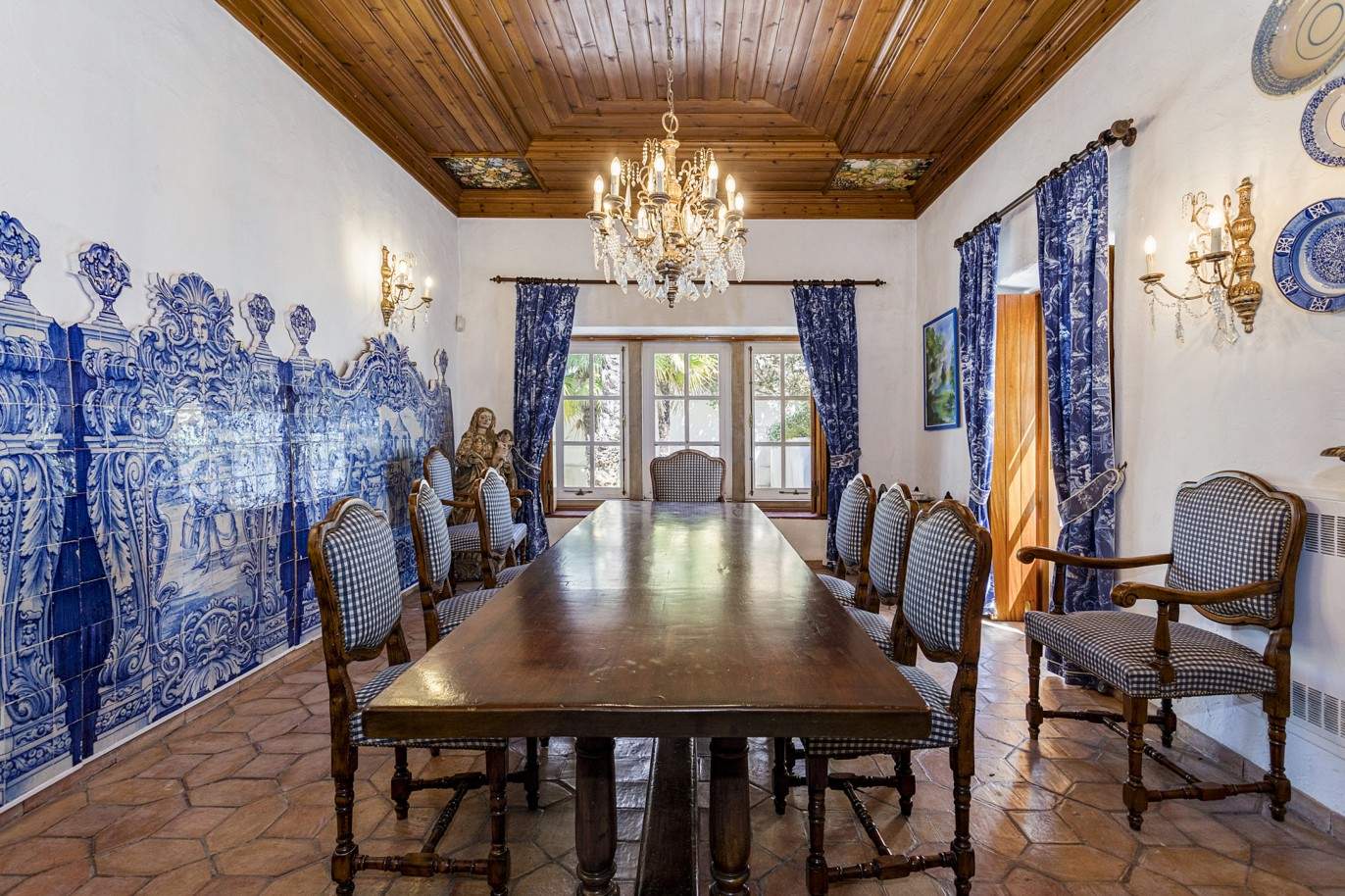 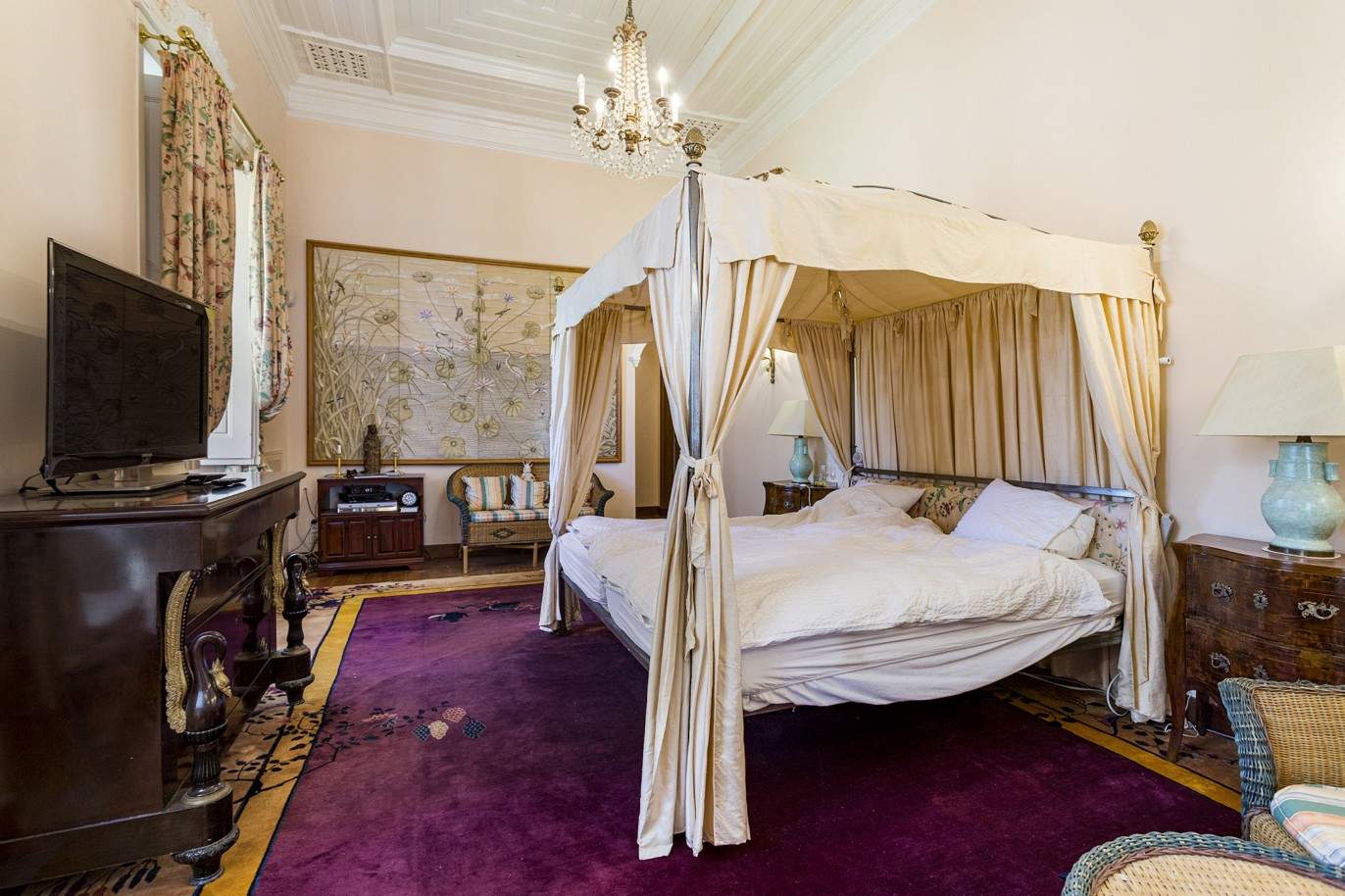 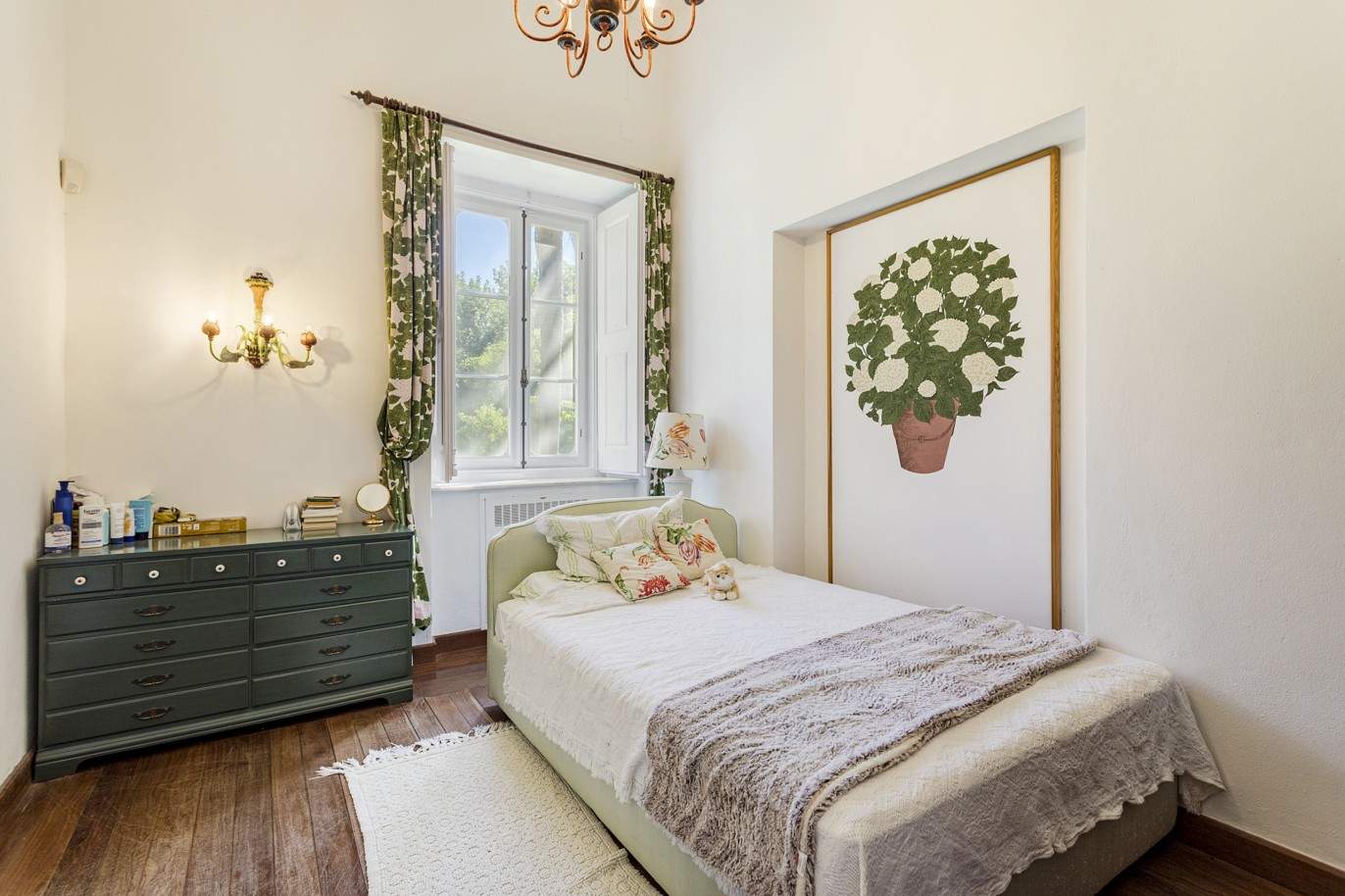 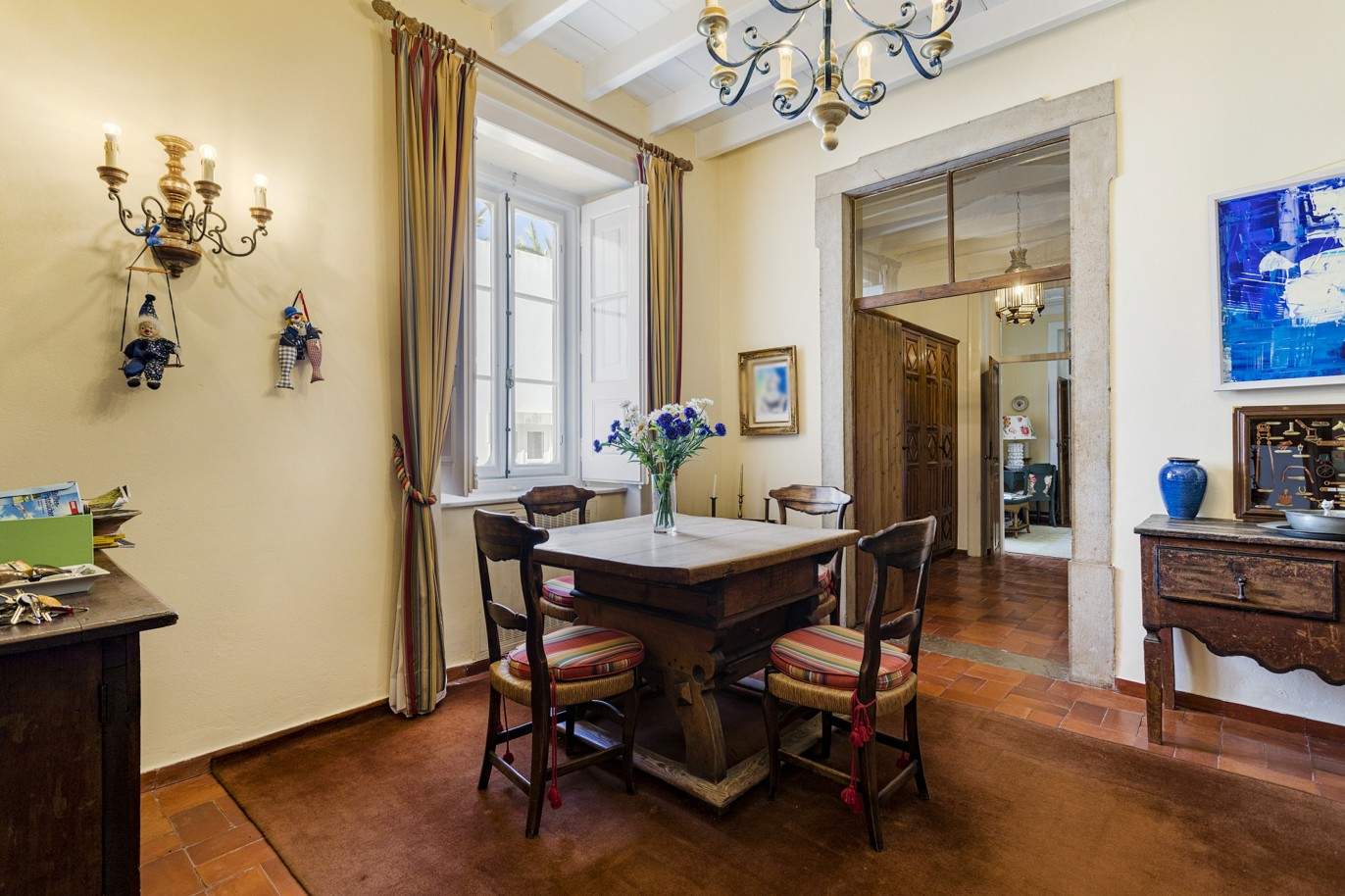 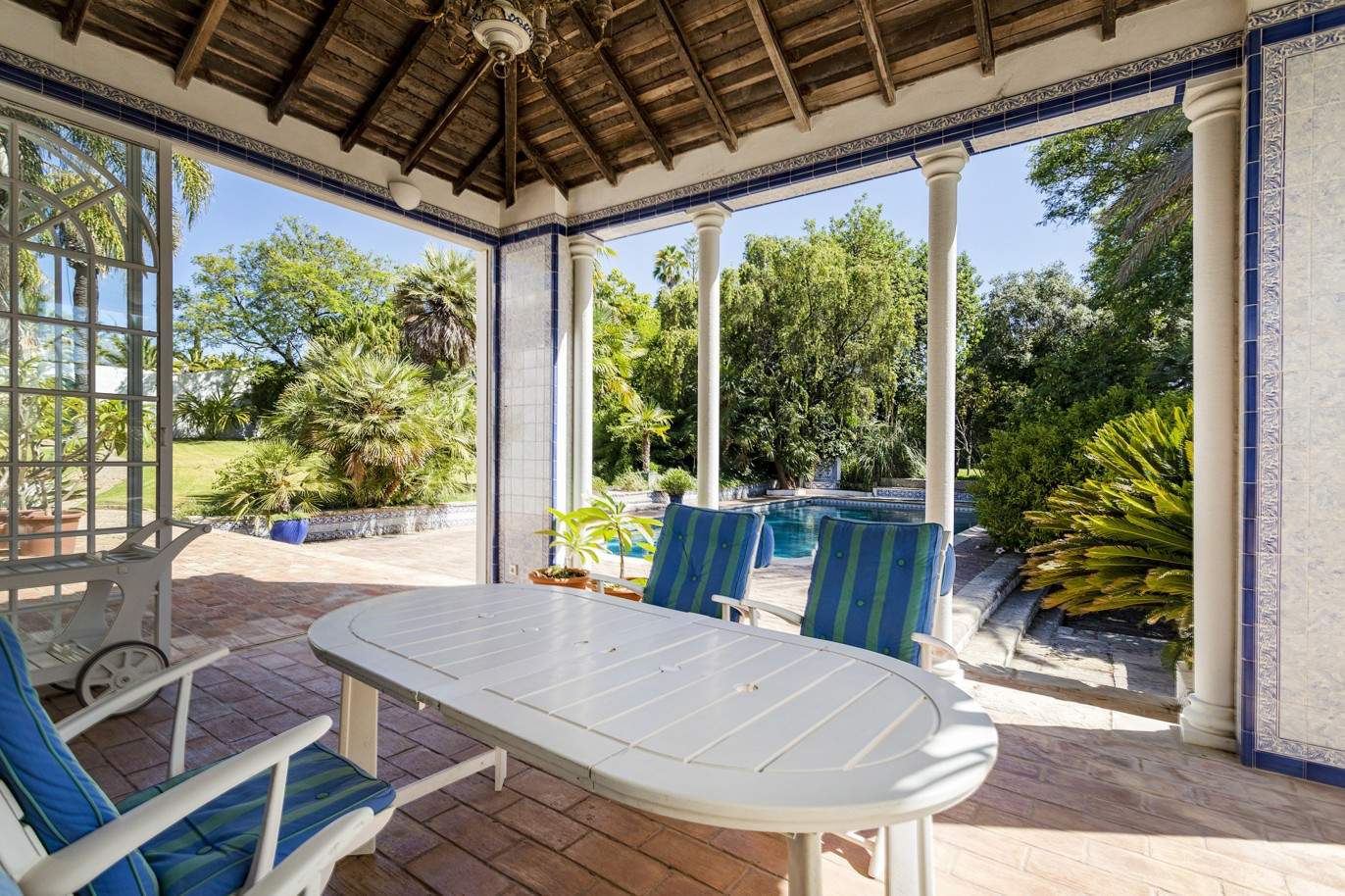 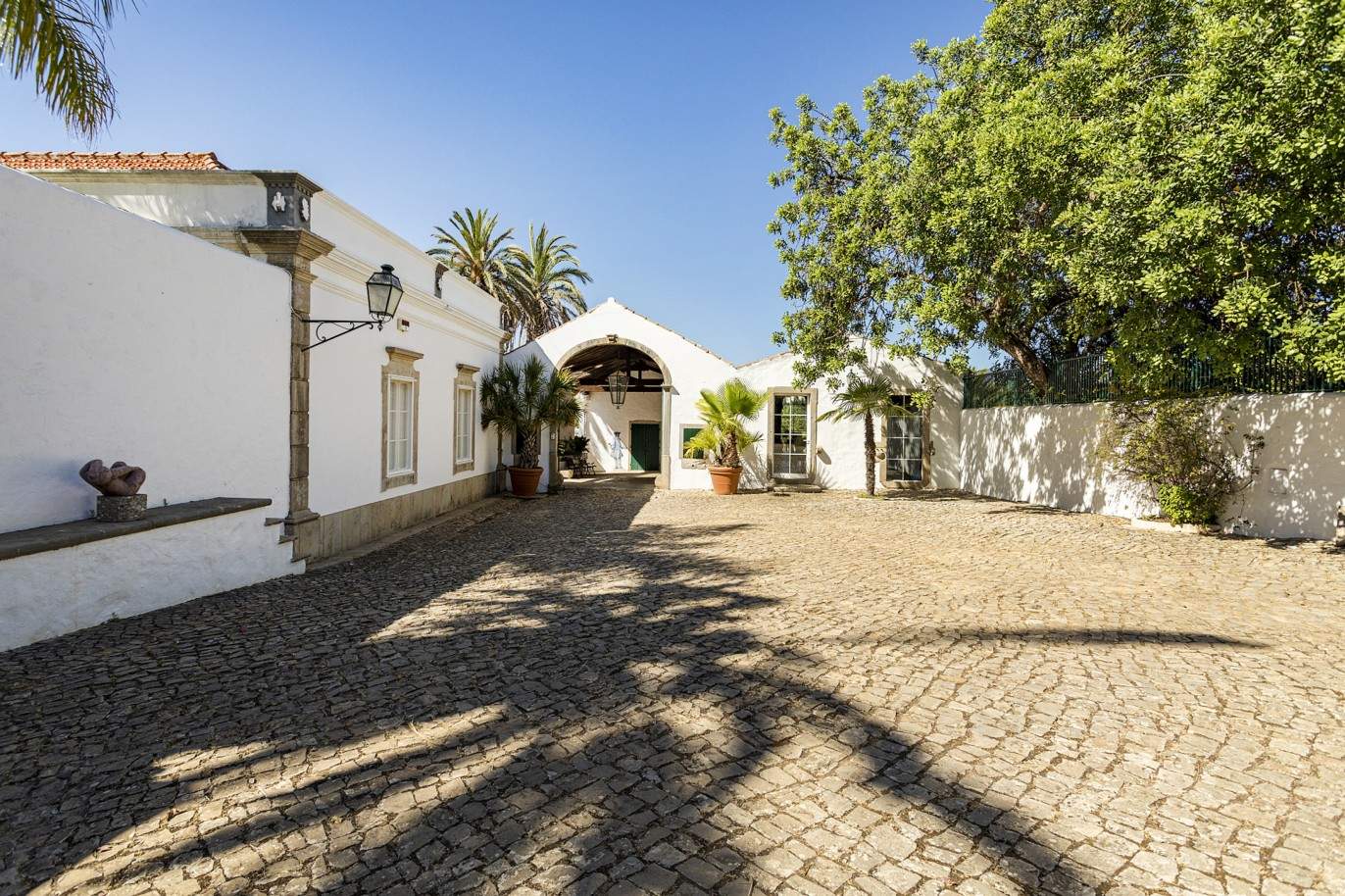 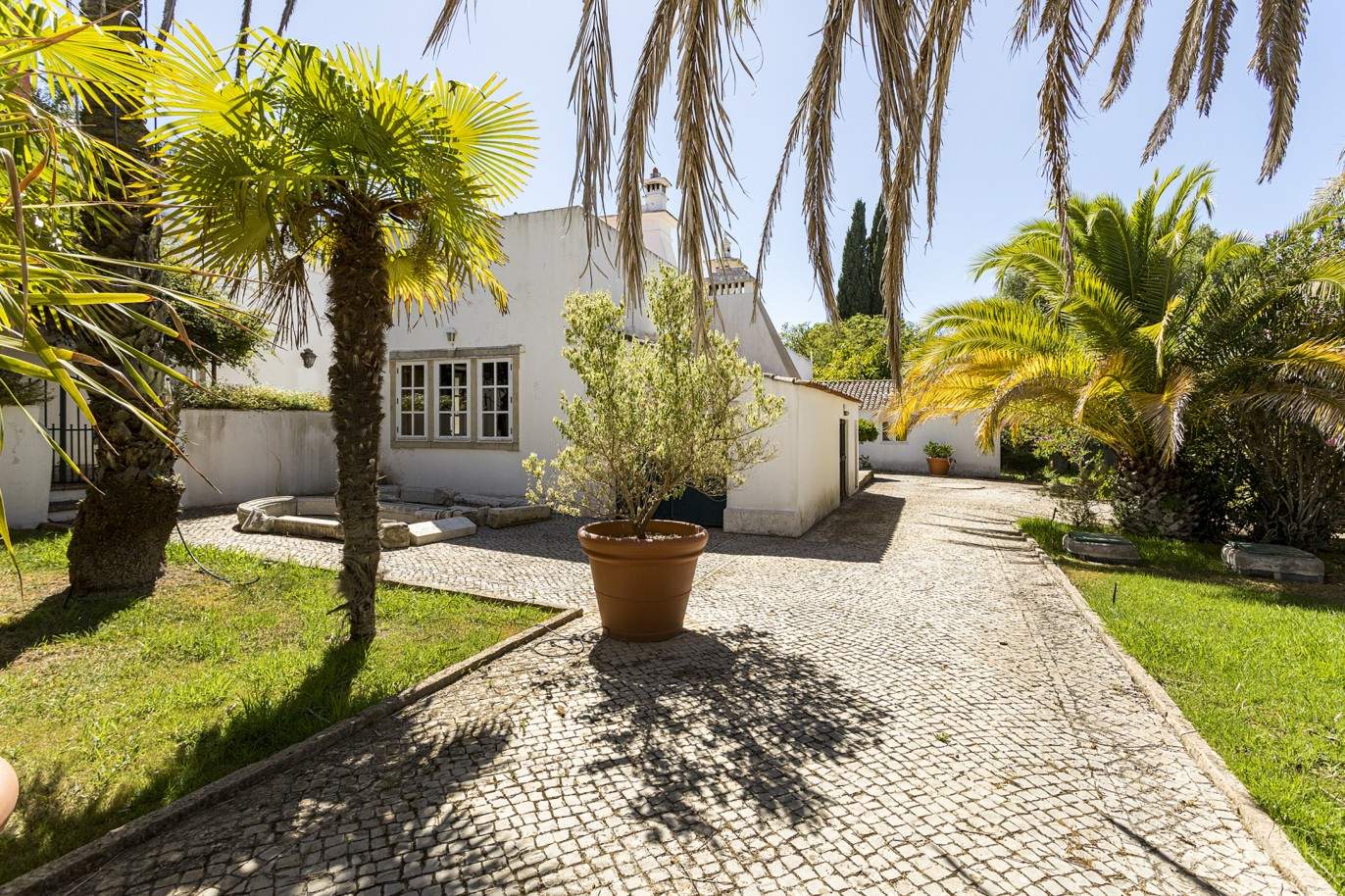 The property is a typical Portuguese quinta built in the 19th century which includes 1300m2 of building space, the main house was completely renovated in 1979/80, but many improvements have been made since then.

The Quinta is a luxury oasis, situated within a very well cultivated and fenced, automatically irrigated botanical garden, surrounded by citrus, palm, olive, carob and almond plantations. As well as rare plants growing on a total of another 11,3 hectares.

it is considered one of the most beautiful old farms in the Algarve, with traditional Portuguese style combined with modern style, with special features such as high ceilings, huge marble bathrooms, spiral staircase, fireplace, among others.

Comprising 16 rooms in total with 6 ensuite bedrooms (5 bathrooms with bathtub and 1 with shower), living and dining rooms, library and a large kitchen, in an immaculate state of conservation.

On the outside of the farm, in front of the main hall is a 15 meter long swimming pool, in the same area there is a private tennis court built later.

On the same land there are stables built near the house, we also find a barn, as well as a workshop, a bakery, a mill with olive oil mill, a greenhouse and a small attached farmhouse that has 5 bedrooms, kitchen and bathroom.

In summary, the property offers the possibility of commercial development, with tourist use.

This farm is situated 1 km north of "Monte Nexe", in a green valley overlooking Vilamoura, about 20 minutes from Faro International Airport.

SEND TO A FRIEND